The finalist project in the competition for the creation of a Garage Screen summer cinema. 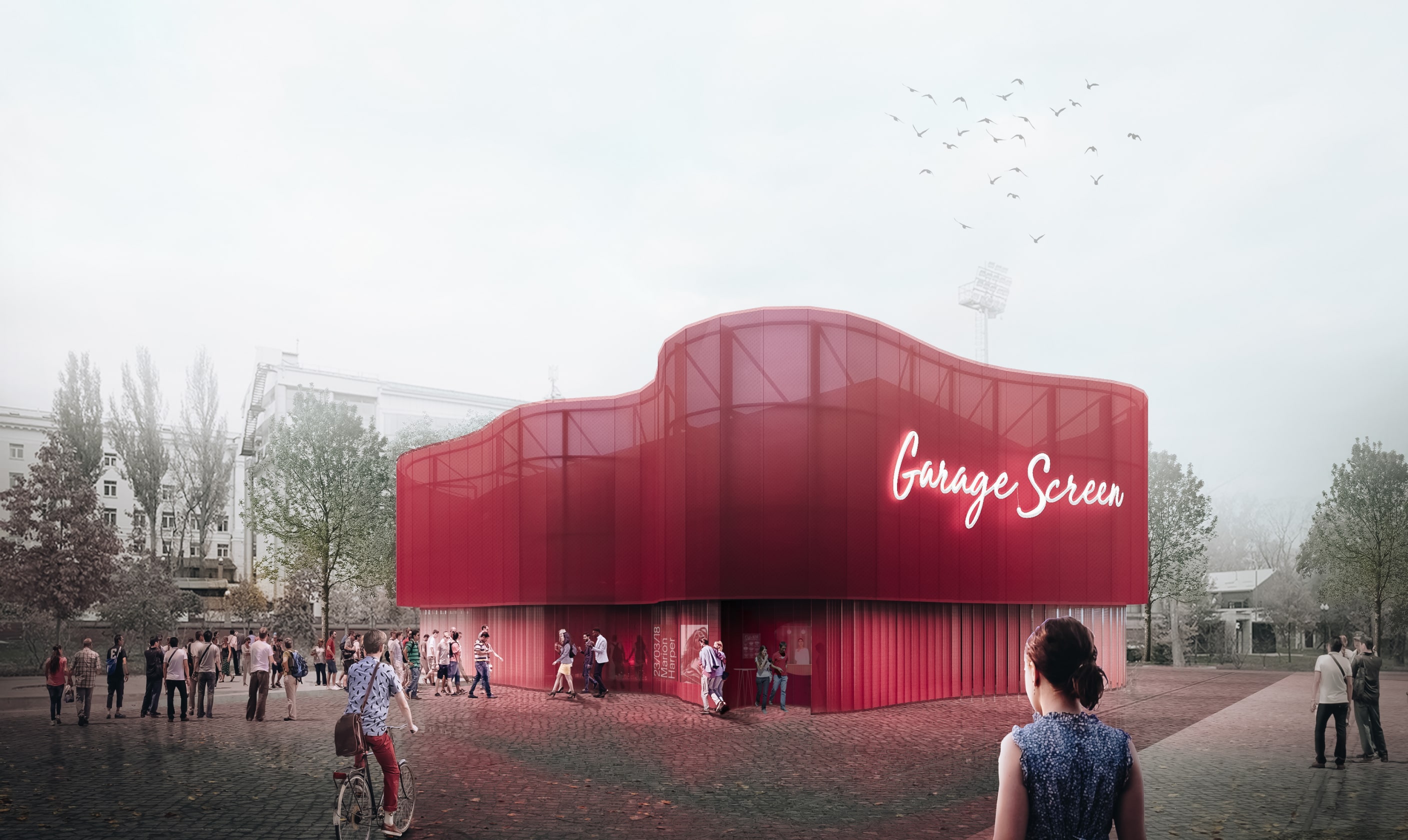 A soundproof film was chosen to cover the facade: it looks opaque during the day, translucent at night. We thought over its use from the point of view of the reuse concept: after the dismantling of the building, the film was supposed to be used for the production of backpacks and raincoats.

In addition to the environmental friendliness of the project, the emphasis was also placed on creating a convenient inclusive environment for all user groups. 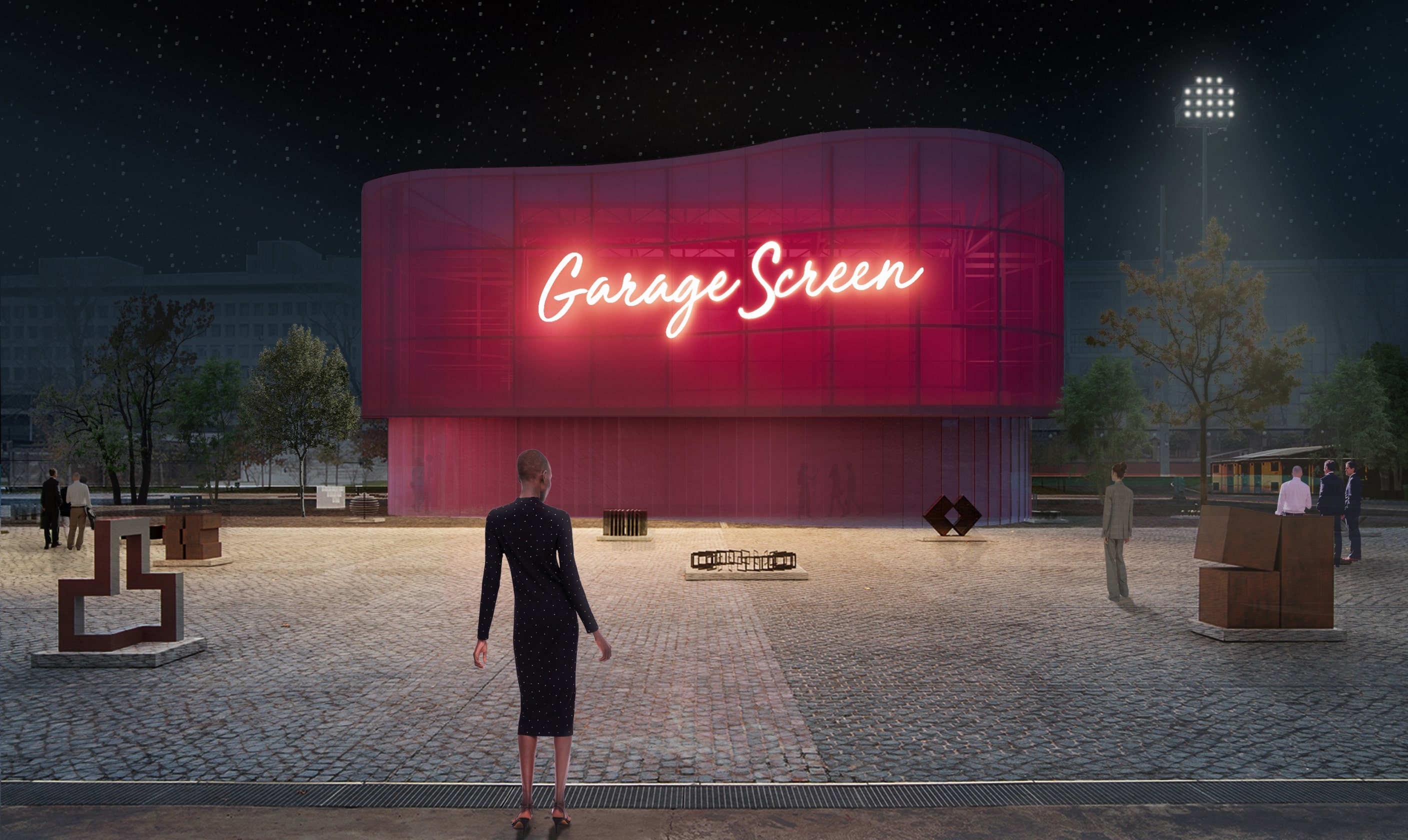 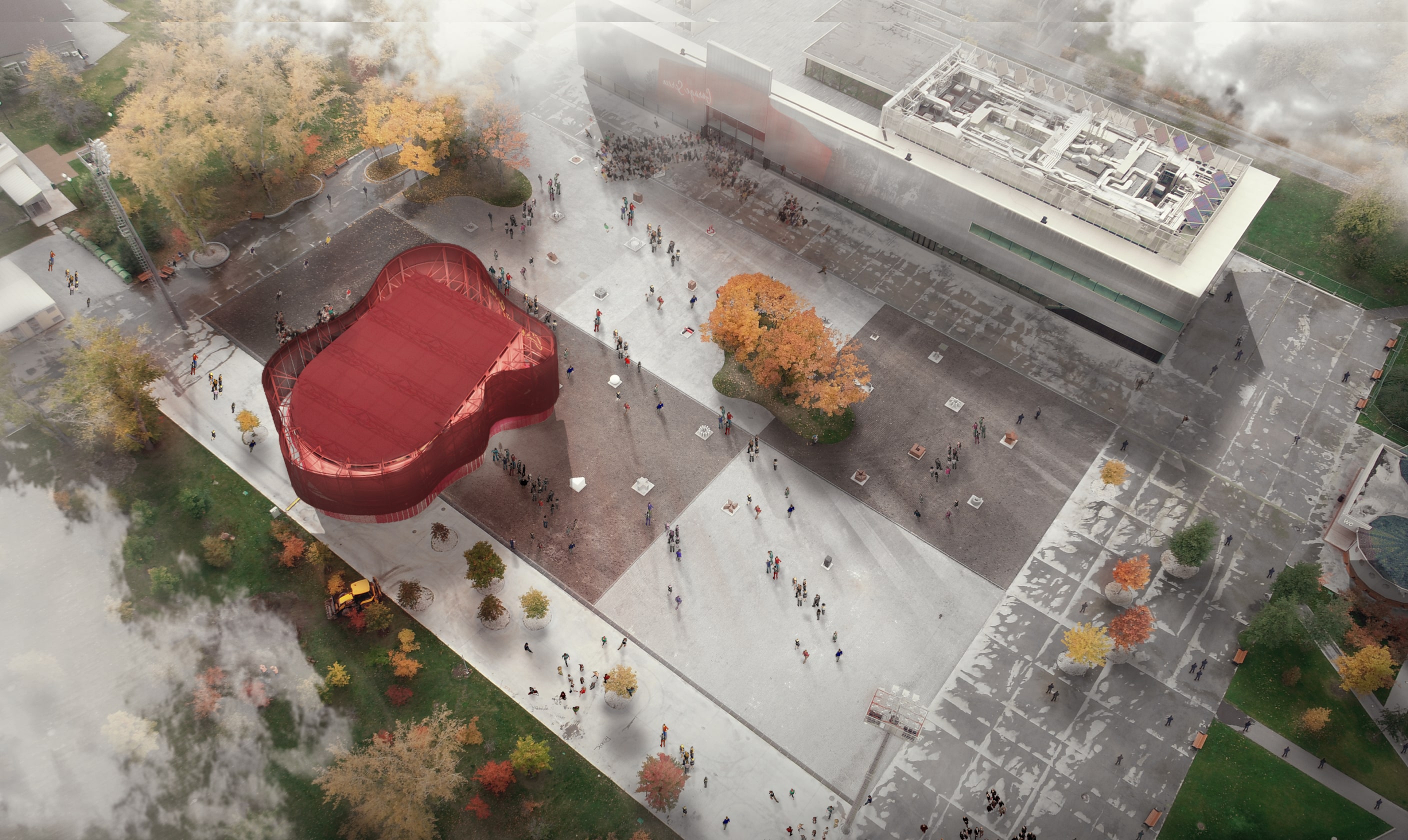 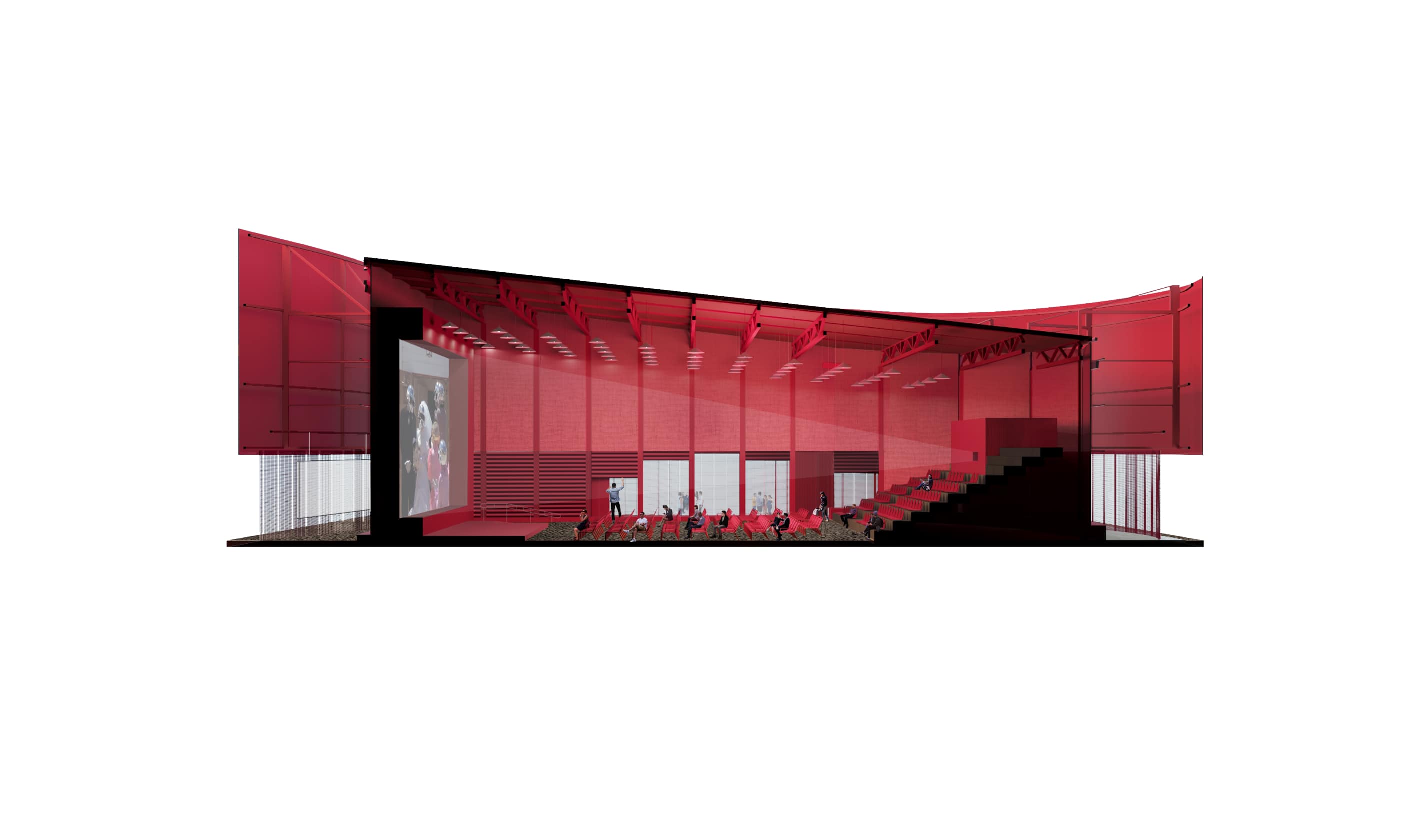 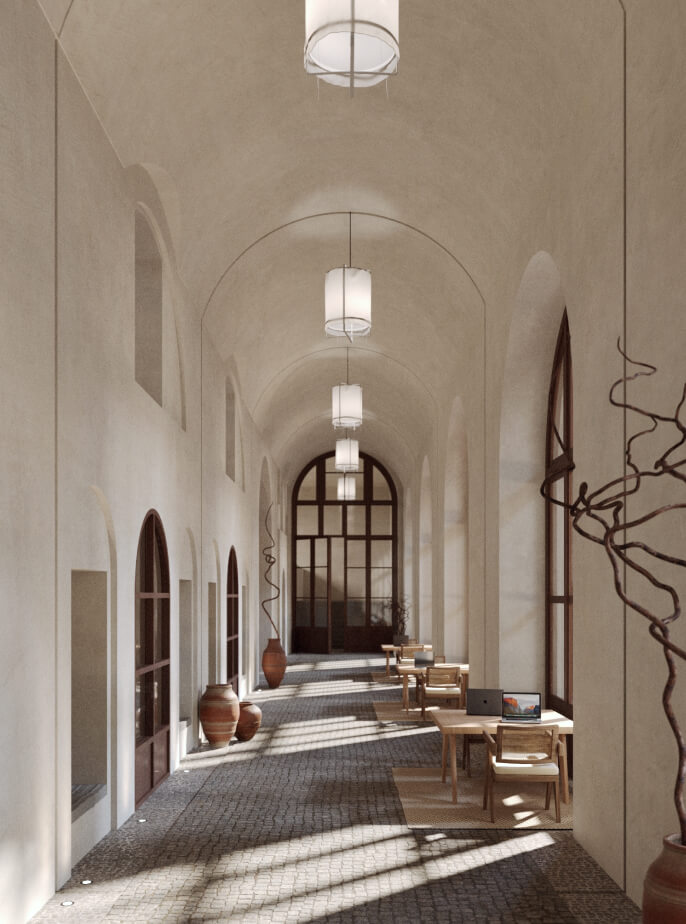 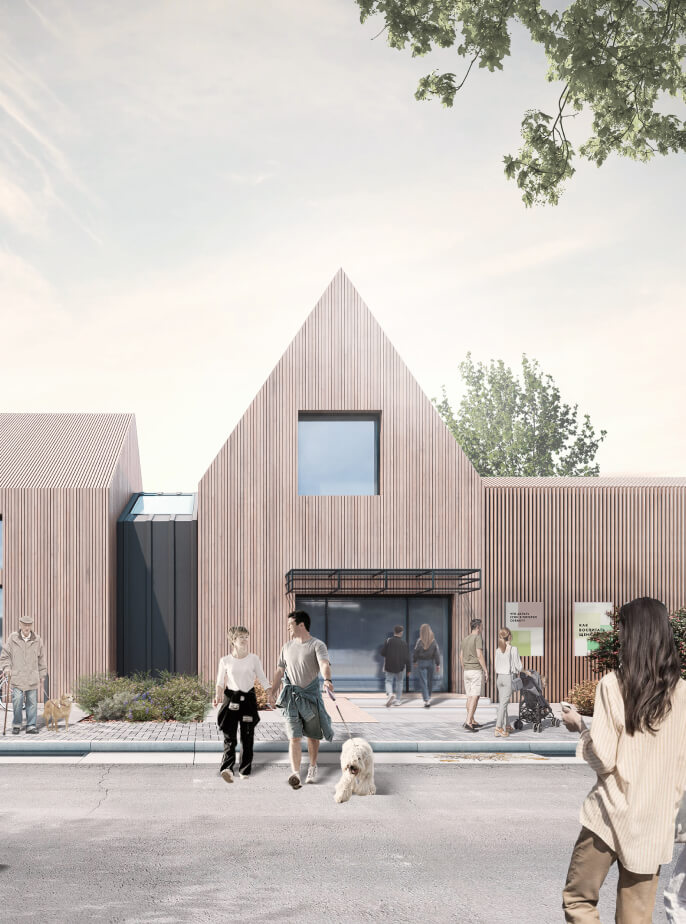 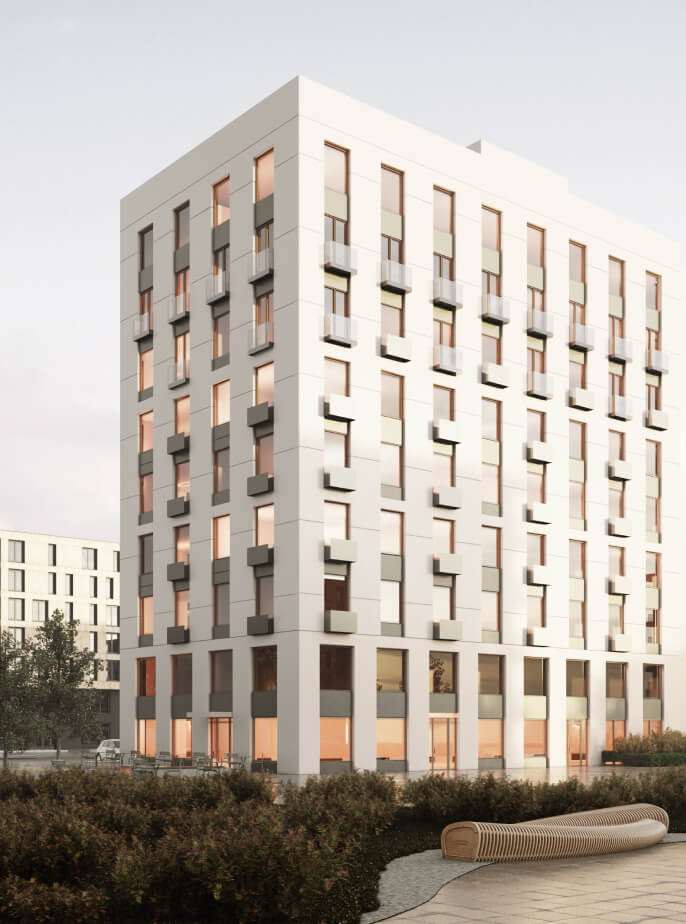 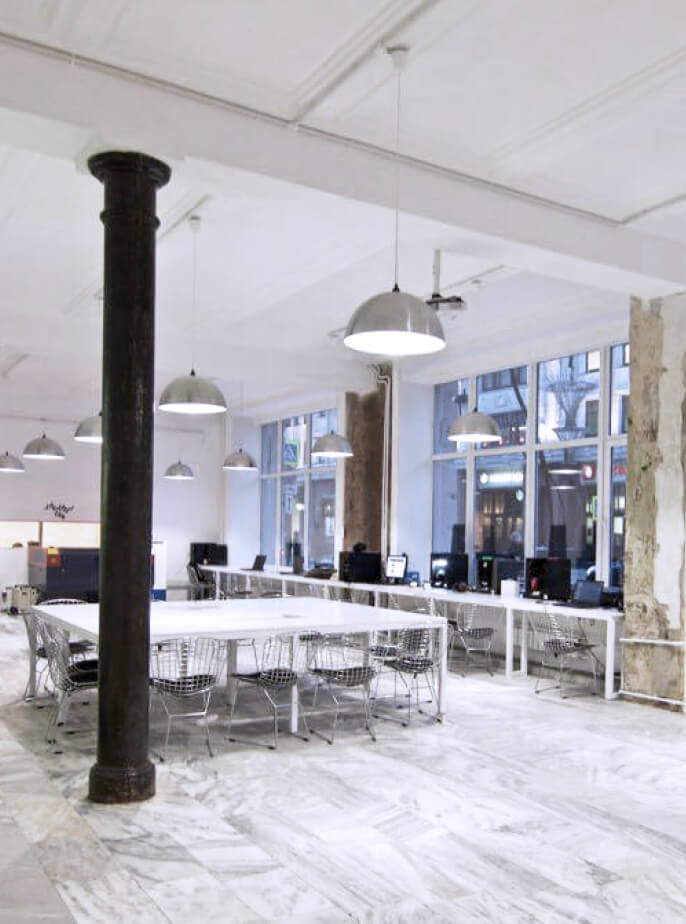